Vietnam flings open the doors, Thailand and Malaysia peek through the curtains 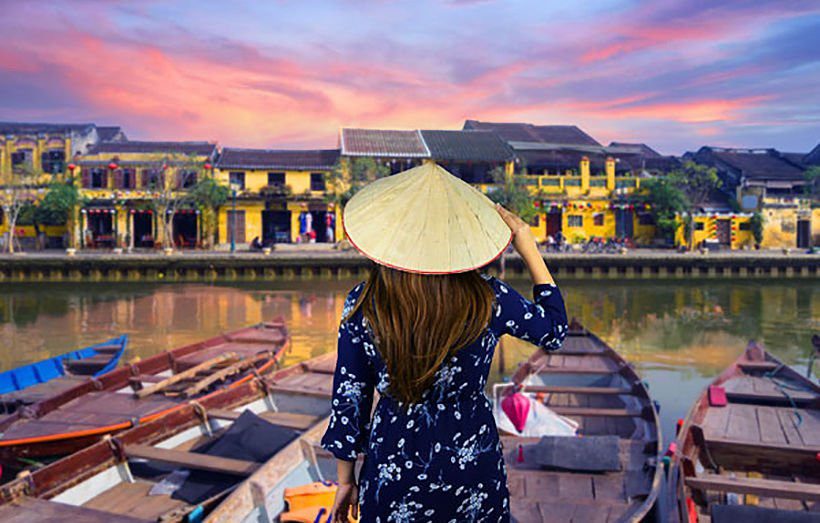 Peeking through the curtains and testing the water, or flinging wide the door and going for it. Or somewhere in between.

Some Southeast Asian countries are starting to make cautious preparations to lift lockdown and travel restrictions. But this isn’t a competition – each country is having to look at the myriad of local issues as they factor in steps to re-open their economies. And every Southeast Asian country has different priorities.

Vietnam has already ended the government’s “social distancing measures” this week, except in some districts of the northern capital Hanoi. The Vietnamese health authorities reported no new cases for seven days in a row, giving them the confidence of being the first of the ten nations to reboot their economy.

But compared to the rest of the world the numbers in Southeast Asia have been tiny. In fact, all added up, Southeast Asia’s reported cases make up a minuscule 1.3% of the world’s cases (despite the widespread belief that the numbers in Indonesia are actually a lot higher than reported). In comparison, the case numbers in the US have burst through the 1 million marks in the past 24 hours, with more than 56,000 deaths. Spain, Italy, France, and the UK are also still struggling to contain the coronavirus, all with more than 20,000 deaths.

Singapore, an island state of only 5.6 million people, leads the way in the region with nearly *15,000 cases (mostly migrant workers). Meanwhile the most populous of the Southeast Asian nations, Indonesia, with a population of 264 million, is in second place with *9,511 reported cases. But Reuters today published a report that there have already been 2,200 deaths in the archipelago, three times the officially of *773 deaths.

The stark difference in the tallies, relative to their populations, has been put down to the quality of the testing regimes in the two countries – none of the region’s epidemiologists believe Indonesia is correctly reporting case numbers. The city-state has struggled to control the epidemic, mainly among migrant workers. Singapore has discovered over 7,000 new cases in the past seven days alone.

Thailand, Malaysia, Indonesia, Singapore, and the Philippines imposed levels of restrictions after infections started to climb. In Thailand, there was a national nighty curfew, closure of all non-essential shops, rules about the wearing of masks and travel restrictions, keeping Thai’s within the borders of their provinces (and some cases within the boundaries of their suburbs).

Today Thailand has extended its emergency decree, a state of emergency giving its prime minister sweeping powers to make instant decisions. The state of emergency now runs to the end of May despite the number of new cases slowing to a trickle over the past week.

But preparations for easing restrictions around Thailand are now apparent. The cabinet is considering decreasing the level of intensity and scope of restrictions that affect the normal operation of Thai businesses. Thais look forward to a gradual easing of the draconian restrictions in the coming weeks.

But the nation’s most pressing problem will be to figure out how to salvage its valuable tourism industry, said to contribute from 15-18% of the country’s total GDP. The tourist magnets, like Phuket and Pattaya, have been devoid of tourists for nearly two months and the shops and bars remain shuttered. Although restrictions may soon be lifted, allowing some semblance of trade, there is unlikely to be any resurgence in Thai tourism until sometime in 2021.

A lot will depend on other countries re-opening their borders, the aviation industry finding a way to sustain scheduled flights, and a willingness of international travelers to get back on planes. And will they have the money anyway? And will insurance companies provide insurance for travelers until a viable vaccine is on the market?

Bangkok and Phuket remain the areas in Thailand with the most infections and they will be among the last to have restrictions lifted.

Malaysia and the Philippines have both report fewer cases over the past seven days than in the previous seven days. But Malaysian PM Muhyiddin Yassin has now extended the government’s restrictions on internal travel until at least May 12, the third such extension. Like its northern neighbor, Malaysia is, too, being cautious about opening back up too quickly and risking a second wave of infections.

Last week the Philippines’ President Duterte extended the lockdown in Manila, and other high-risk areas until the middle of May 15.

But as Southeast Asia’s economies peak through the curtains, glimpsing at creating a new normal, the world’s fastest-growing economies now face their biggest test yet – have they opened up again too early?

Thailand’s emergency decree extended until May 31