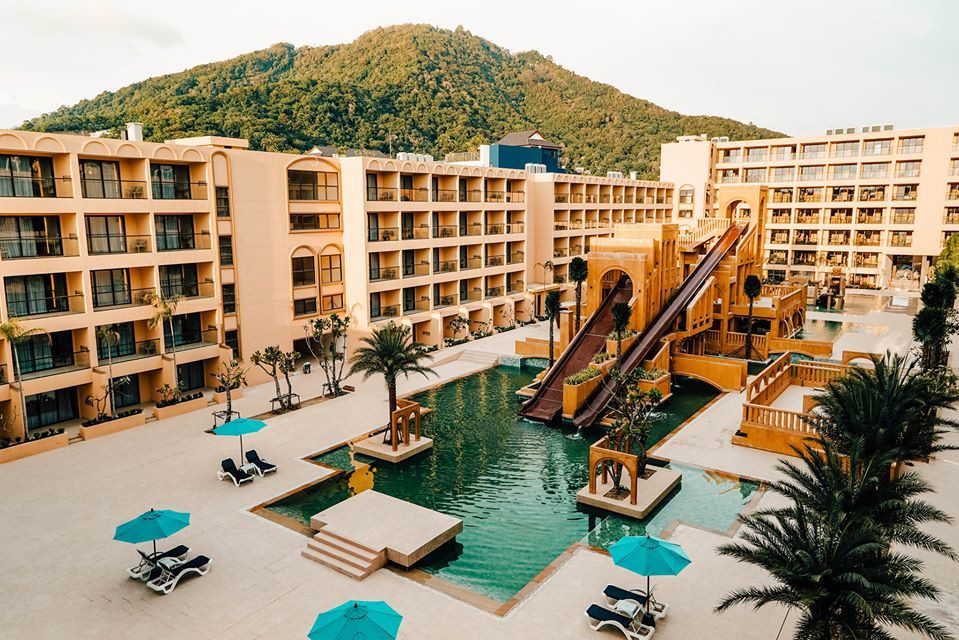 Kata Group, Phuket’s oldest hotel group, is launching its eighth resort, the Pamookkoo Resort. The cost of the investment is 1.75 billion baht. The new resort is in the heart of Kata.

Kata Group opened its first hotel on Phuket 40 years ago and was a pioneer in attracting the early tourists to the island’s southwest coast.

The new hotel will be managed by the son and heir to Kata Group’s founder Pramook Achariyachai, and will focus on “fun-and-sun loving family groups”, according to the press release. Pariyawit “Benz” Achariyachai says that all of the hotels by Kata Group have their own distinctions, and are trusted by existing and new customers.

According to the media release, Pamookkoo will be a themed hotel, designed as an adventure into the past, with a “Mesopotamian concept and a décor of golden earth tones”. The resort will target Thai and international visitors, from countries such as Scandinavia, Russia, China, and India.
Like other recent new and re-branded resorts in Phuket, the new hotel is aiming at family vacations with special facilities for kids.