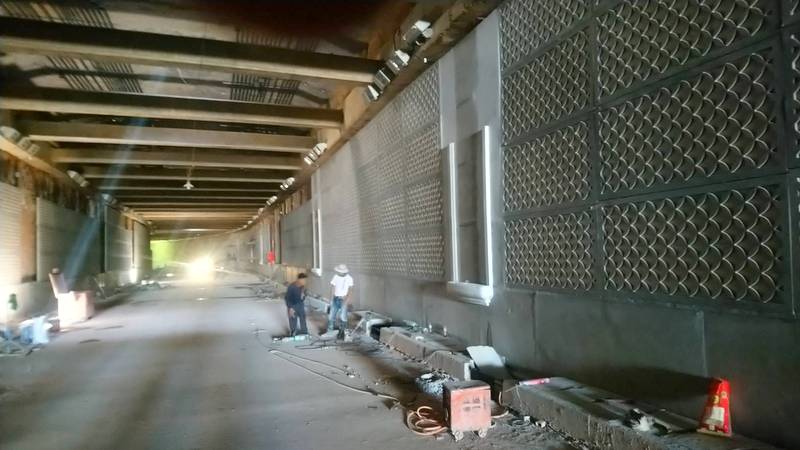 PHUKET: The tunnel that will become the Chalong Underpass has now been fully excavated and the construction engineer for the project still hopes that the underpass will be open to traffic in April.

Somkiet Yimpong, Project Manager at the Phuket office of the Highways Department, told The Phuket News yesterday (Feb 15) that the tunnel breakthrough came in late January.

Works on installing the panelling along the walls of the underpass have already begun, he said.

“We still have to install all the fume-extraction fans, noise dampers, water pumps, lights and other things, but overall right now the construction project stands at 76% complete,” Mr Somkiet said.

Mr Somkiet still hopes for the underpass to open to traffic in April, but might miss the previously hoped for opening before Songkran.

“Once all the systems are installed we will have to go through the testing phase, but hopefully this will be all done before the end of April,’ he said.

Meanwhile, the structure that now sits in the middle of what used to be Chalong Circle is nearly complete.

Construction of the tower is on schedule to be complete next month, Mr Somkiet said.

The tower is being built at a cost of B3 million, as part of the overall B546mn budget for the entire underpass project, he explained.

At the top of the structure is a sculpture of lotus bulb, a Buddhist symbol of peace.

“The design was part of the plans that were approved for the project, and similar Buddhist-themed designs are being used throughout the tunnel itself,” Mr Somkiet said.

Phuket light-rail up open to public by 2023, assures official